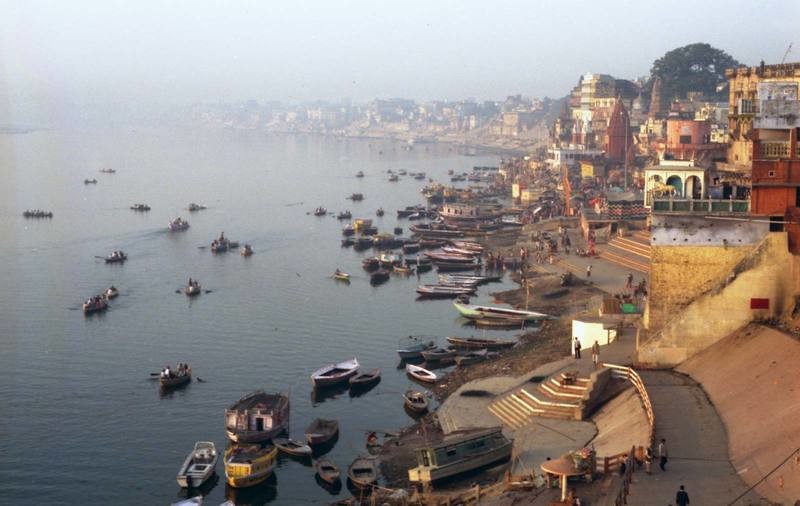 Varanasi is situated on the banks of river Ganges, commonly known as Banaras or Kashi in the state of Uttar Pradesh, India. Varanasi is 350 kilometers south-east of the state capital, Lucknow. It is a city of ghats rich with art, culture and traditions.

Varanasi is the world’s oldest city and is a major center for religious significance and historic remains. Varanasi is one of the holiest cities in Hinduism and Jainism. As per Hindu mythology Varanasi is believed to be the city of Lord Shiva and is said to be placed on the trishul of Lord Shiva.

In Hinduism it is believed dying here and getting cremated along the banks of the "holy" river Ganges allows one to attain salvation.

Varanasi is an important industrial center and is quite famous for the Banarsi Silk and silk fabrics, perfumes, ivory works, and sculpture. It is also famous for the Diesel Locomotive Works commonly known as DLW.

Varanasi leaves its marks with its myriad of shops, crowded streets, holy ghats, temples, chanting of mantra and bhajans all across the city. One gets mesmerized with the world famous Ganga Aarti along the banks of river Ganga. Banaras is famous fro its simple lifestyle with essence of ritual everywhere.

It is believed that Lord Buddha after attaining enlightenment at Bodhgaya given his first sermon at Sarnath 12 kilometers from Varanasi.

Varanasi is of immense importance in Hinduism and the greatest poet of the era Tulsidas wrote the greatest epic Ram Charit Manas here in Varanasi.

There are several Hindu temples in Varanasi to name a few are Kashi Vishwanath Temple of Shiva, the Sankat Mochan Hanuman Temple, and the Durga Temple.

Varanasi is also world famous for one of the largest residential universities Banaras Hindu University (BHU) which was founded by Pandit Madan Mohan Malviya.

How to Reach Varanasi

Events and Activities in Varanasi