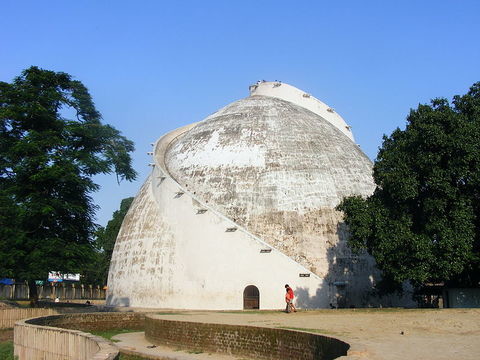 Patna situated on the banks of river Ganges is the capital city of Bihar. Patna is not only one of the oldest cities in the world but also holds significant importance in the history. Patna is quite rich historically and is one of the major tourist destination as well as for pilgrimage from Hindu, Buddhist and Jain religion.

The roots of Patna started in 490 BC when the then king of Magadha made Patliputra its capital. The then Patliputra, was the capital of several Magadh Empires to name a few - Nanda, Mauryan, Shunga, Gupta and Pala kingdoms.

Pataliputra has been a known spot for learning knowledge and fine arts. Not only in the fields of Arts many the then scientist and scholars were from Patna namely Aryabhata, Vatsyayana and Chanakya a few among several others.

There are many monuments located in Patna attracts tourists around the world to name a few - the world famous Patna Sahib Gurudwara, Patna Planetarium, Golghar, Padri ki Haveli.

Kumhrar is the place where ancient archaeological remains of Patliputra from Mauryan empire were excavated.

How to Reach Patna

Events and Activities in Patna