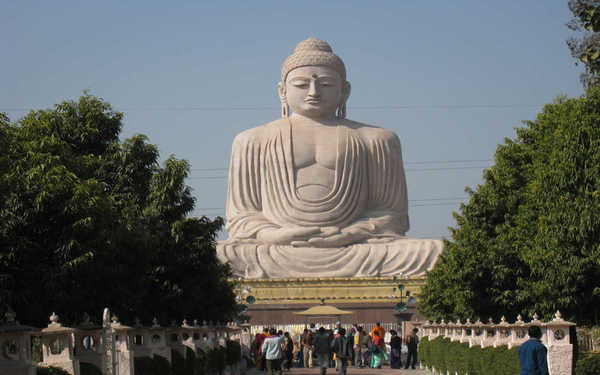 Dungaeshwari Hills are known as Mahakala Caves, is situated some 12 kilometers north east from Bodhgaya along side the river Falgu. It is believed that Lord Buddha meditated here for several years before descending to Bodhgaya where he got enlightenment.

Dungeshwari cave is also popular as Sujata Sthan. It is believed that while Lord Buddha was in meditation, his body became fragile and starved. A local village woman named Sujata offered him kheer which Buddha accepted. Lord Buddha realized the truth of the middle path which will lead one to the ultimate Nirvana.

The cave is quite pleasing and mesmerizes the tourists with its silence and divine energy. There are 2 shrines on the hills. Along with the Buddha Stupa, there a temple of Dungeshwari devi.

If you like small trekking and a nature lover, you should visit Dungeshwari hills and you will be lost in the natural beauty of the surroundings.

It is best to visit the hill in the Morning.

Events and Activities in Dungeshwari Hills